How did we possibly get this far? When we first opened in 1992, we had 2 acres a half mile down a dead-end gravel road, a dry well, a barn and a little greenhouse, and a few tables with plants. But we had a vision of a plant nursery that could serve Colorado’s Front Range and do it ecologically. We did have a country atmosphere and a great view. We had a lot of heart, but we only succeeded because an ever-increasing number of you found us and told your friends.

Now in 2022 we have 10,000 supporters on our mailing list, and we have become a valued resource of native plants, organic vegetable and fruit plants, sought-after perennials, nutritive soil products and cutting-edge information and guidance on gardening ecologically in Colorado in the 21st Century. 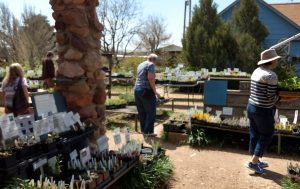 Yes, after 30 years of intensive hard work and research, and investment in the right direction, Mikl and Eve and our great staff deserve a lot of credit. But we are fully aware that this has been a community effort. We know that not everywhere in the USA would we have survived. So, it is with a deep feeling of gratitude and appreciation for all of you that we share our success and vision for a regenerated relationship with Nature. It is no longer a fringe idea that partnering with the forces of Nature and her biology is a more successful model than fighting and killing Nature.

While it is true that much of the news of our world is of wars and species extinctions, Covid and Climate Chaos, we dare to point out that, none-the-less, it IS Spring. And as Life emerges from the death and decline of winter, we Can allow ourselves the genuine Joy that comes with sprouting seeds and leafing trees, and seeing our gardens wake up.

And if you will forgive us for Celebrating and feeling cheerful while there is so much suffering and pain in our world, we will persevere with even more good news. If you think the world is going to hell, you’re only hearing half the story. You already know that getting to touch the earth and play with creation in the garden is good fortune. But in 2022 there is more.

It appears that we are in the Middle Ages, still quite a way from the Renaissance, but far from the Dark Ages when we didn’t know we had a problem. Ignorance is being in the dark. But we are really coming into the light and waking up, faster than it appears. 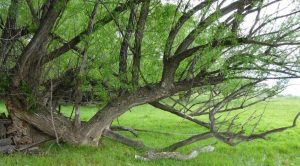 We are waking up from the delusion that we are separate from our environment and from each other. Of course, we have different paths and different languages and different opinions which may lead to fighting, but we also have different skills and creativities. This capacity for interconnectedness is the way natural creatures like plants and fungi and bacteria survive and thrive. They share and exchange value (sugars for minerals, for example), because supporting each other for mutual benefit is obvious to natural intelligence. This is how Life regenerates and how Life achieves abundance.

Nature’s economy is based on Abundance. Abundance in Nature comes from everybody producing more than they need, making win-win partnerships and not wasting anything. The plants with the most vitality have the fewest pests and the most nutritional value. This vitality does not come from petroleum, it comes from carbon, minerals, sunlight, water, and diversity. It appears that this view is becoming widely known and applied. Human beings are getting smarter. Why is that obvious? Because we are realizing how intelligent non-humans are. This is leading to resourceful relationships that are not based on extraction or dominance, but respectful symbiosis. Of course, we have a way to go.

You may say that I’m a dreamer. But I’m not the only one.

These sketches are a tiny fraction of the good news that is hiding in plain sight.

Harlequin’s Gardens is a believer that major change is under way. We know that what these leaders are talking about, works, because we have been researching and learning to apply these realizations to operating our nursery and growing plants for 30 years now. One of the most valuable products of our long history is our proof that growing strong, healthy plants on a commercial scale can be done with no pesticides, herbicides, fungicides, or chemical fertilizers. 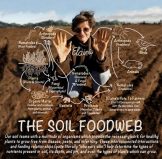 Elaine Ingham started her pioneering career in soil life at CSU, documenting the role microbes play in plant nutrition. She began in the 1980’s when “to a man” her colleagues believed soil organisms “don’t do anything. They’re not important; they’re just there.” Her 40 years of research has clearly proven how important they are. Find out more about her and her Soil Food Web School.

ACRES USA which for 50 years has been the supporter and mouthpiece for soil health research and Eco-Agriculture has recently been named the official soil health educator for the State of Colorado Department of Agriculture. This is really good news.

Jonathan Lundgren is the founder of Ecdysis Foundation and CEO of Blue Dasher Farm. Doing agroecology research since 2016, he recently started the 1000 Farm Initiative. This 10-year project aims to collect scientific and financial data from 1000 farms to demonstrate the value of reduced tillage, compost applications, reduced or no pesticides, cover crops, increased diversity, and prescribed grazing. He sees these methods as a solution to our greatest challenges of Climate Change and the decline of biodiversity: Life. 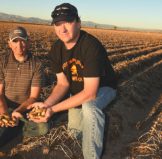 Brendon and Sheldon Rockey in Center, Colorado are growing specialty and seed potatoes by regenerating the soil ecosystem. They are managing pests without pesticides, minimizing soil disturbance, using diverse cover crops, and reducing inputs. Brendon is showing others how practical this probiotic approach is that nurtures life while increasing their profits and potato quality at the same time.

Christine Jones of Australia is a popular speaker in the US. She is a soil ecologist and cover crop specialist. She says that in making choices about our future, we need to understand the role of microbes and work with them, not against them. Without them, we could not breathe, have anything to eat, be able to digest what we eat, or survive. Microorganisms outnumber human cells in our bodies by 10 to 1. How we support soil life will affect climate change, health, and food security.

Paul Stamets is a mycologist who was an early educator of the role of fungi in plant health and communication between plants, an author of five books on fungi and played a primary part in the 2019 documentary “Fantastic Fungi”. “I see mycelium as Earth’s natural Internet, a consciousness with which we might be able to communicate.” “I want to redefine Darwinian theory. It is not the survival of the fittest. It’s the extension of generosity to other members in the ecological community to build biodiversity. So, it’s not the individual that survives, it’s the community that cooperates that survives.” 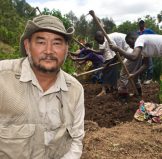 John Liu is a Chinese American filmmaker and ecologist who documented the greening and restoration of the Loess Plateau that had been a barren and eroded landscape. This was accomplished by the Chinese government and largely human labor. See his documentary “Green Gold”. “Ecological restoration is the lowest cost methodology for directly addressing Climate Change. It’s the most effective way and everyone has a role to play.”

Dr. Zinati is a soil scientist with a PhD in soil fertility. She says that hunger is undernourishment, not lack of food. Deficiency in minerals and vitamins in the food we eat will ultimately weaken our immune system. This increases our susceptibility to Covid and other diseases… Disruption of those biological processes by excessive tillage, herbicides, fungicides, and synthetic fertilizers, reduces the amounts of nutritional elements taken up by the plants.”

James Nestor is author of the very popular book “Breath”. “The ways in which we take in that air and exhale it, is as important as what we eat…Hospitals are now using breathing techniques to help patients better overcome the symptoms of viral pneumonia.” 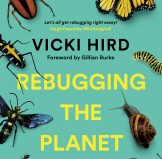 is author of “Rebugging the Planet: the Remarkable Things That Insects (and other invertebrates) Do—And Why We Need to Love Them More”.   Insects are the cornerstone of our global ecosystem, and they’re going away, fast. (So are the birds that rely on them as healthy food.)

The Global Commitment 2021 has united 1000 organizations and at least 11 countries around a common vision of a circular economy for plastics in which it never becomes waste. We must change how we design, use and reuse plastic. This could save $70 billion by 2040, reduce greenhouse gases by 25% and create 700,000 jobs. See the video narrated by Sir David Attenborough on tackling plastic waste.

War is not the answer